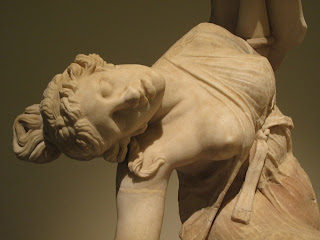 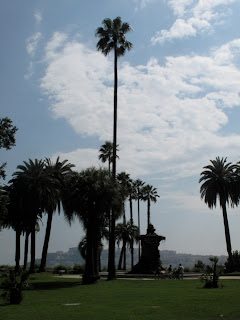 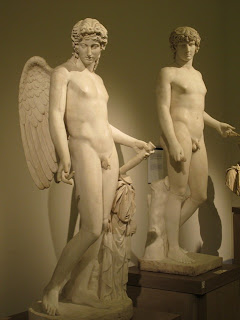 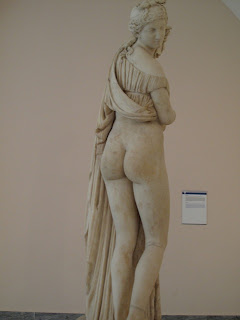 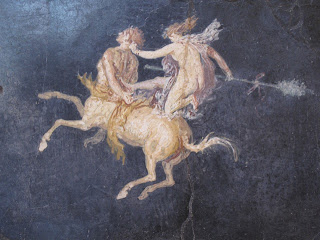 Still hot, I wake at 4am and put on light clothes to walk out to my studio, circle in a daze midst cooling breezes and return to sleep heavily, dreaming, my feet at bed's head pressed against cooler wood.

Summer is here and I am still going into water alternate days like the rest of Roma! Capocotta yesterday with B. and tomorrow with L. to outdoor pool. This is the life. Though the heat is calling me eagerly back to Nova Scotia....

Little birds drop into the coffee bar this morning, looking for crumbs, magical—like a painting— unafraid hopping. The city under heat and one does not willingly descend until dark.

Please note: The photos here are from Naples. Perhaps the marble statues can cool our hot skin?! 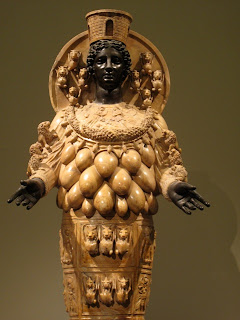 Yet i am still working. At the baths of Caracalla last weekend, I get thrown out when Michele (a student at Cinecitta) and I unwrap too slowly his professional tripod. We had been sitting there for two hours waiting for the light to improve. Two workers came out on a motorized golf cart and said they would call the police if we did not stop. Of course we closed up. I had only shot a minute unfortunately, gulls wheeling and screaming above the amazingly high walls. The baths are the model for Grand Central and the old Penn Station. So intense this huge block of buildings for Romans to bathe—men and women at different times. Hot and cold water pumped in from below. Elegant, immense.

The night before i had filmed off a motorino the city walls nearby with my still camera on video setting. I am going to try on serious motorcycle some late night dollies (moving shots to all you non-film types).

On similar foray, I have tried to locate a sailboat that can host a film shoot upcoming—my last big shoot for the Shelley film. A friend's boat fell through so I am renting for 300 Euros (!) one out of Fiumocino—the river near Ostia that goes out to the sea. Benoit will drive us and be a "stand-in " for Shelley since my Fellows—those Bressonian characters—cannot give me more time. Che peccato! Stefano a young filmmaker who works at the Academy and loved my work: he wrote me so beautifully: Your works are quite brilliant, ironic, sensual and fun (which are the adjectives that I personally use to describe the life that I wish). He comes to help out and perhaps be another "stand in" for Shelley's friend who dies with him on the boat almost 200 years ago.
We were to go to Porto Ercole, but this is actually easier if not as beautiful.


Previously Benoit has been driving me irregularly to the ocean early in the mornings and one time, on the way back he took me to Ostia Antica which was fabulous--- an abandoned city that at one point housed 80,000 people, excavated from the silt of the Tiber. Magnificent black and white mosaics--one sees from where Mussolini period mosaics are influenced (foro italico etc). There was a wonderful house of Cupid with patterned marble floor, a favorite sculpture of male and female embracing, a "sailor's bar" (!)complete with marble counter and private terrace, baths and storehouses, even a synagogue that i did not quite get to. it was hot and B was waiting reading in the shade. Another day he took me to Pliny's summer palace. More ruined, in between river and sea with b/w mosaic baths down a baked road. We are both slim enough to slip through the fence. 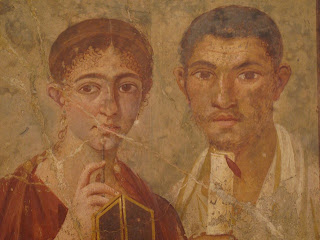 Benoit is a poet, whom I met when he came to Cryptoporticus show. He knows Kathleen Fraser—such a small world of international artists and serendipity! He has given me his books written in French and since we have been having such a nice time together, and inspired by my friend Christina who translated Russian texts, learning the language as she went along—I turned my hand to translating his book. It was amazing--intense and challenging, fun. B. thought i captured excellently the feel, rhythm, sound of it all. Such a wonderful way to understand another's inner life. I am thinking perhaps for Burning Deck to publish in the future....? 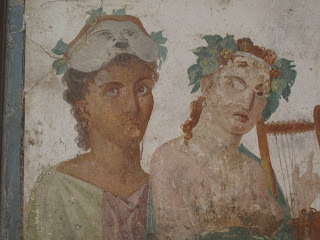 Meanwhile the menu has changed. We are now into green figs, fresh ricotta cheese and prosciutto. Spectacular and a rare (here at the Academy at least) fish meal yesterday with mussels and pasta, octopus salad as starter. How much i will miss this is un- imaginable!

What else? so much—Lauren picked me up on her scooter last Friday (after beach morning) to go to cafe jazz. We saw a wonderful band playing Cole Porter songs among other big band specialities in the open air . I have been invited to island—Procida— off coast of Naples by Swiss curator and will go there for long weekday or weekend hopefully before returning to USA. Two young women have interviewed me loving MIRRORWORLDS at the Santo Spirito in May. They came with others to look at work one, no two, weeks ago.

On Wednesday i finally went to Cinecitta. A friend of Peruvian origin who works in the archie there, Irela, got me in and through a number of odd concurrences I ended up with a pass, my camera and alone. It was miraculous. I was able to crawl over sets, fall through a destroyed stair even (!)—unhurt— and film wherever I went. The minute Irela showed up, the cops showed as well. We met up with some Montreal film historians who were somewhat jealous and even possessive that I was able to shoot while they with far more "professional" equipment were kept away. Ahhhh the advantage of the "amateur'.

Not least, I get a note back from Alessandro Alessandroni who is a composer who worked with Enio Morricone and who did soundtrack for Lady Frankenstein. I had written him to see if he would do soundtrack for my film. He wrote back! from Namibia and invited me to his country place to show him dvds to possibly compose for my film. I had to postpone returning home a couple of days as he was arriving in Italy the day I was flying out. An expensive plane switch but i had to try. Wish me luck!

The heat makes it so i can only work in front of a fan. Too hot hot hot but not as hot as NYC has been i understand. And luckily for me I go to ireland for 5 days next week (after sailboat shoot) as the heat shoots up over 100 here. I have a conference in Cork, with a show in Dublin. Looking forward to that as I have never been in Ireland and Kenny G. set this up saying the folks are wonderful.

So much excitement and writing this lets me see more clearly how exceptional this year has been, the days and weeks and months, so gloriously full and adventuresome. Perhaps one more posting before the end....?
Certo

Abbracci
Abby
Posted by Abigail Child at 1:37 AM