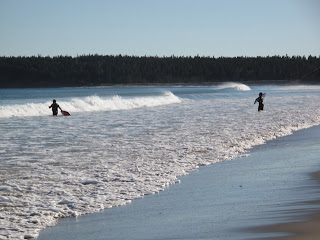 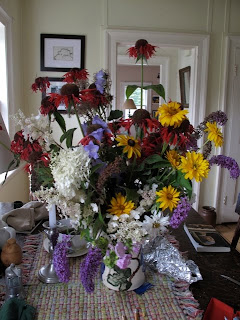 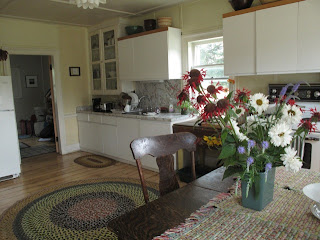 Henry suggested I keep writing as I look at footage from THE PURSUIT and comment on it. In last few days I have been transferring video footage to computer. What I find: the sheer beauty intense density of light saturation color. The footage is marvelous, the cold of February matched in video and film. But will they match? This is the unanswered question. The Glen Gould checkmate of: what is the pulse? If you start with one (ie cinema), can you switch (to video) and even more irregularly can you switch back (to cinema)?

In NYC for only four days. Walking through Thompkins Sq park seeing beautiful black men on bikes who if even poor, move as they own the world. No one black in Italy moves the same (nor in the south USA either for that matter). Equally new: encountering kids with orange hair or the crazy bums talking to themselves. i buy food at italian delis, bresaola and melon at the open market and rucola and cheese and raviola and coffee at the great shop where they speak italian and sell bread puglia style.
As if to remember.

This evening (August 1, 2010) i was working on single screen version for festivals of l'impero invertito. I will call it by english name: hacking empire. challenging fun crazy to try to do in 4 days midst doctors appointments and banking and friends and unpacking and repacking. I fall asleep at 9pm, wake up thinking it is morning and it is midnight, mezzo notte.
Will drive up wed morning to Nova Scotia with Sean, long time friend. it is long drive. two days of 7/8 hours each day. we will stay overnight with friends in bar harbor. perhaps watch moon, definitely the stars---sweeping them from the water..... into our mouths
•
Here in Nova Scotia we finally arrive: another land of fantasy, amazing beaches, blue sky, big shimmering green hummingbirds flit round red monardia in my garden which has grown extremely. the garden altogether is fantastical, fantasia-like or as a neighbor says "over the top".
Arrived last night (8-5-10) after two days of heavy driving with stop-over for home made huckleberry pie and homemade pizza at Steve and Judy's house on Mt. Desert. italia is following me... 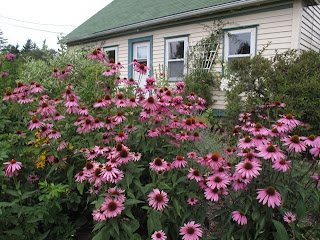 Saturday 8-7-10: i biked to the ocean today, went swimming (my baptism) in the ponds right in front of the shoreline (swimming, you can hear the waves crash) so delicious. The pond changes every year and this year the most: the result is the water is fine. Almost a mile swimming in and out. A dr. here says my finger has begun to form 'granulation' tissue but not yet skin. So not so great to get wet but i must swim!
The finger , or rather wound, remains still in my way, still looks like a war wound, but does not hurt. How crazy that this happened?! still a 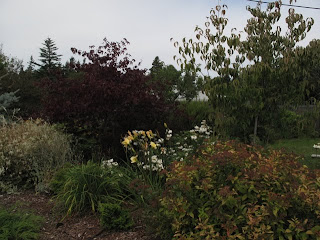 In this wild wind and breezy leaves accompanied by big blooming hydrangea, completely country, the bay opens up surprising with its fine row of boats, small and occasionally bigger ones. In the distance multi-sailed barks hazy. So different from Italy, so much space, wide open and large scale. What it does to people.....? Perhaps makes them less communal, with more sense of individual 'grit'?

any way
Rose Bay is one of those special spaces, glorious, resonant, radiant—i am smiling the whole time.

8-13-10 here is sunny as i lick my finger of insect spray... in advance of garden work. half truck load of mulch just delivered and perseid meteor last
night
sighted
while lying on beach with 4 planets bright in sky. some were explosive long tail streaking and staying for a while. unusual. beautiful.
clear sky now
and though i am wearing sweat shirt and jeans, they will come off later when we swim.
this is the life
as i sleep and read...previously junky detective novels (of inspector montalbano in Sicily to clear /fog my mind nicely), now "no mischief"--Alistair Macleod—quite wonderful writing—sentimental yet marvelous sound of languages and landscape — gaelic in the mix. we in America are such mongrels.
blotches_
our allegiances broken
in advance
is it from that we take our freedoms? •

Thursday last: 8-19-10 we swam in ocean for half hour— it was so warm. You could see 20 or 30 feet underwater--clear alive ocean—exhilarating! I am still smiling in the laughing of it.

Additional good news re well: final conclusion deduction to note after three drill estimates, one excavator: do nothing.
Sounds good to me.

Re school/real world: I have to leave early to get to school for one day of admin and presentation; they call it orientation. Somehow I knew this year would be tough. To my credit, the dean called the next day and said my classes were filled and demand so high we need put in a new film one class. This is only to the good. Talked to Greg Thursday, our area manager, lovely powerful optimistic and hopeful. I am back at work....

the single channel piece HACKING EMPIRE Sean considers one of my best. It is odd indeed. I am struck again and again with how odd my work is lately. Like I am changed and my work is operating on another channel. One I don’t really know.

I ramble but is there another path?
The fish slip the clouds move and and under the sea there are patterns of dark that are made by shadow of waves on water. This unceasing invisible movement we seek as cause. Life— it moves without you.
Coraggio and abbraccio ensieme
Abby
Posted by Abigail Child at 8:15 PM